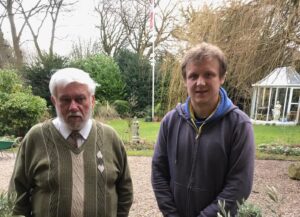 I had been expelled from my previous high school, after a serious attempt to hurt another pupil by holding him hostage in a classroom and cutting him with a pencil sharpener blade. This resulted in me becoming sectioned to a mental health institute in Leeds and lead on to me being institutionalised into a care home. This place was an absolute shit hole. I still don’t understand to this day how the local authority could send children there, it wasn’t fit for animals, let alone those on the peripheries of society.

My social worker spent time liaising with schools, making her best efforts to have me reintroduced into the education system. I spent most of year 8, 9 and 10 expelled, with nearly all Leeds based schools denying me entry based upon the fact I was ‘unsafe’. Fair play to them. They were right.

I started my high school life as a normal 11-year-old, leaving primary school and going to ‘big’ school in my shirt and tie, experiencing the transition with fellow pupils of my primary school. My first experience of secondary school was Bruntcliffe High School in 1997, and unfortunately, I left due to my father splitting with his partner at the time, and the family having to relocate.

As a last ditched attempt to get back into school, I asked my social worker to try Bruntcliffe High, and I was instantly invited to a meeting with the then deputy head teacher Mr Gettings. Anyone that knows Bob, will confirm my recollection of the events, when I say, once in his office, he walked in from behind me whilst I was sat at his desk. He gave me a clip around the head and said, ‘are you going to behave Smithy?’ I said ‘yeah’, and the rest is history. I ended up with 10 GCSE A-C.

Catching up with Bob

In February 2021, Bob Gettings invited me to his home for a meeting (socially distanced, in full PPE, before you start with the comments…and Bob has had his vaccination). We chatted for nearly 2 hours about the old days and the stories people would tell of him, and the stories he recollected of them. He never expelled anyone in his professional career. He gave everyone a chance, no matter what, and that is all we needed at the time. Someone to believe in us and make us feel valued. Bob was excellent at doing this.

Bob told me how he embarrassed a boy from beating up another boy in school, by making him walk around with him the entire day and telling everyone they met in the school, that this boy was not going to beat anyone up. Proper old school ways of dealing with troubled young people.

The same boy did attack the other boy, but outside of school, and so what did Bob do? He told the first boy to come into school the following day in his P.E. kit, and made him run around the field all day, as a form of punishment. That boy ended up playing professional rugby for Leeds Rhinos (and maybe England). Bob could have easily expelled him. He could have got the police involved and taken action to destroy that boy’s life forever. But he didn’t.

At The Real Junk Food Project (TRJFP) we have a recruitment policy that we believe is truly inclusive. We’re designing a pathway to employment, directorship and trusteeship, so that anyone who gets involved is given every opportunity to develop and become a part of the organisation and join the fight on food waste.

Bob inspired me to treat everyone the same and give everyone a second chance. Without him giving me and others a second chance, I, and the project simply wouldn’t be here today. Teachers are burdened with the responsibility to provide everything a family need. In addition schools have food banks, before and after school meal clubs, extra provisions at lunch time, school uniform banks, and so much more. They are stretched, under resourced, understaffed and pressured into ensuring our children are developed for the best possible future they can have. Maybe its about time we give them the chance they deserve? Perhaps given the opportunity, they could flourish into the incredible people we know they are, which over time, will only benefit the next generations…maybe just leave out the whacking around the head?

Kids food, on children’s menu is shit! Sausage, chips and beans, with a cucumber garnish. Pizza and chips, and a variety of other processed crap, which forces parents to only feed them this. Where’s the choice? Where’s the healthy food? Where’s the nutrition?

My kids get exactly what I am having. My 15-month-old daughter eats the same as we do (sometime even the same portions!). We like to provide her with a variety of foods, colours and textures, so she can decide for herself what she wants and doesn’t want.

Today I made her the following:

Colour, texture, protein, mineral, nutrients and nutritious. She decided what she wants, I provide her with what she needs.

Making food for children isn’t difficult and allowing them to experiment with new foods allow them to decide for themselves what they like and don’t like. It builds up their relationship with food and heightens their knowledge. To make the matter even greater, everything you see in the picture was made entirely out of surplus food! Yes, all the ingredients were provided by TRJFP, and were all deemed waste! Yet, my 15-month-old daughter is now benefitting from the nutritional value of these foods. I’ve always loved beautiful irony, and always misunderstood paradoxes…maybe I should have gone to school more!?

1 thought on “Nothing, a whack around the head doesn’t solve?” 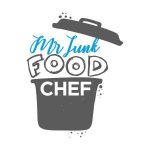